Today, there are many dangers that a firefighter may face when being drawn into a burning building. Carbon Monoxide (CO) is one of these dangers and is a silent killer. It is the leading cause of poison deaths worldwide. When fuels such as wood, composites, and furniture burn incompletely, CO is produced into the surrounding atmosphere, Firefighters are taught that heat, oxygen deprivation, and CO are the primary threats to life in residential structure fires, but where are the highest concentrations of CO found?

Floor Level - his is where the firefighter will be located in a house fire. A study conducted by the US National Library of Medicine, 76% of the readings taken in a series of house fires exceeded the permissible exposure limit of 50 ppm, with the highest reading being 1,424 ppm. This is well above the “immediately dangerous to life and health” level of 1,200 ppm.

Ceiling Level - The ceiling level is the level that smoke collects at. In the same study all CO readings at the ceiling level exceeded the 2,000-ppm limit of the meters.

Carbon Monoxide After the Fire is Out 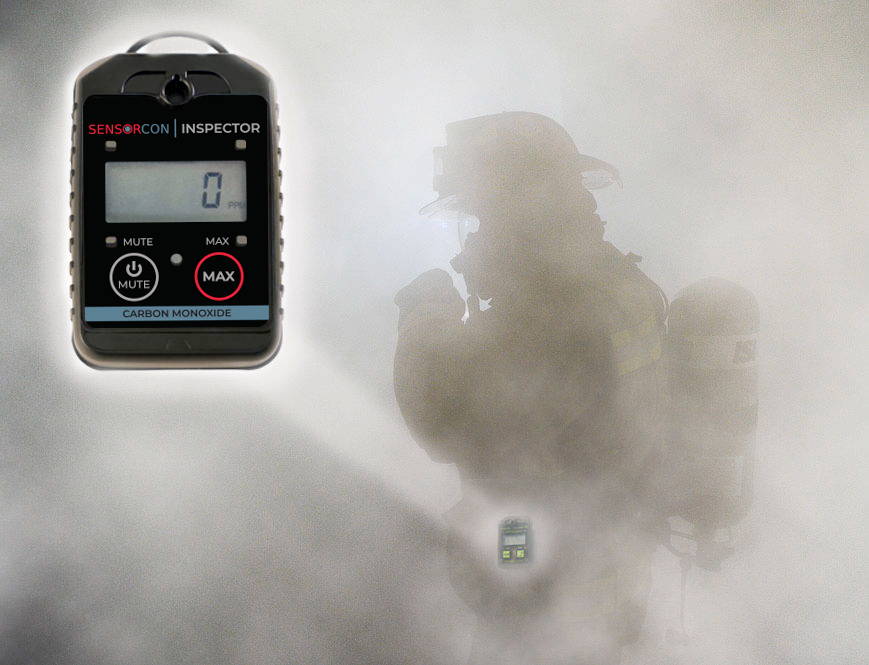 Treat every Extinguished Fire as if it is still Active

While working on the fire scene, it is important that the CO levels are constantly being monitored. The amount of on-duty deaths each year can be greatly minimized if the proper safety measures are taken.

<< Back to Fire & Rescue Main Page